October 24, 2019
Want some good seasonal reading to get into the Halloween mood? Here are some of my top picks for October.

Usher's Passing by Robert McCammon
One of my absolute favorite novels, Usher's Passing tells the story of the Usher family, descendants of Poe's Ushers, as they prepare for the family patriarch's death. Sinister events begin occurring around the family's North Carolina estate, as the heirs to the family fortune (and curse) gather. McCammon's novel takes place in October and really captures the feel of the season. 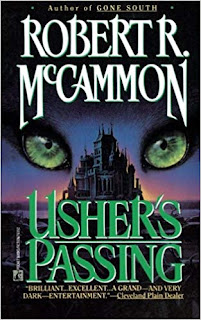 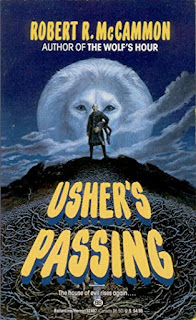 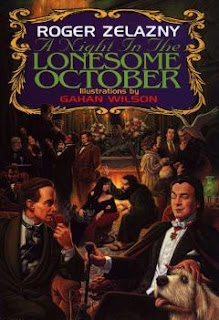 A Night in the Lonesome October by Roger Zelazney
A new favorite, A Night in the Lonesome October (illustrated by Gahan Wilson), is set in the Victorian era and features characters such as Jack the Ripper, Count Dracula, Frankenstein's monster, Larry Talbot, and Sherlock Holmes. The story is narrated by Jack's familiar, Snuff, a very good dog, who is helping his Master prepare to fight the attempted release of the Old Ones into our world.


Haunted Nights edited by Ellen Datlow and Lisa Morton
This is a collection of stories set in the Halloween season. Favorite stories include the period piece, Witch's Hazel by Jeffrey Ford, the touching A Kingdom of Sugar Skulls and Marigolds by Eric J. Guignard, and John Langan's genuinely chilling Lost in the Dark. Also particularly enjoyable are With Graveyard Weeds and Wolfsbane Seeds by Seanan McGuire - which opens the collection on a strong note, the revenge tale, A Small Taste of the Old Country by Jonathan Maberry, The Seventeen-Year Itch by Garth Nix, and Nos Galan Gaef from Kelley Armstrong's Cainsville universe.

Finally, there's Ray Bradbury. So much of his work will get you in the mood for the season. Obviously his collection, The October Country, is perfect, as is The Halloween Tree. 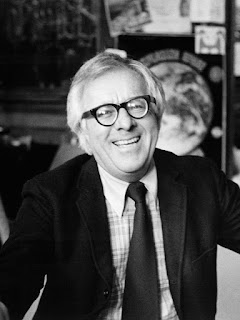 From the Dust Returned is a collection of stories featuring the family from The October Country's Uncle Einar and Homecoming. I've found that a lot of people overlook From the Dust Returned, but it's one of my favorites.
Also, there's the classic, Something Wicked This Way Comes. I haven't read this in years, but it's spooky and sweet and easily one of Bradbury's best works.


If you're interested in some young adult books for the season, check out my recent post at my other blog, YA Horror, here.
Books Halloween

Popular posts from this blog 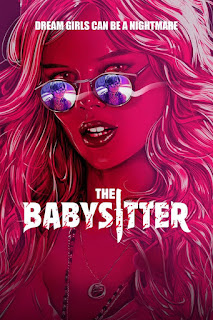 Stuck at home due to the corona virus? Bored? Well never fear! Here are some great free horror movies streaming on a site near you. Check them out and check back here for my list of free horror TV shows that are also available to help rid you of your quarantine blues.


The Babysitter Up and coming scream queen, Samara Weaving (Ready or Not) is my dream girl, Bee, in this hilarious horror comedy.


Candyman Check out the original before the reboot comes out. This Clive Barker adaptation is one of the few movies that have ever really scared me. Tony Todd is terrifying in the titular role. Eden Royce does southern gothic to perfection in her collection, Spook Lights: Southern Gothic Horror. In every one of her stories, you could feel the heat of the south; she brought the sights, sounds, smells, and tastes to life. This is an excellent collection, and I will be reading everything else by her that I can get my hands on.
Spook Lights contains eleven stories and one poem, and only one of the stories, "Path of the War Chief,"  didn't really work for me. It wasn't a bad story by any means; it just didn't seem to fit well with the rest of the collection.
The book starts on a strong note with "The Watered Soul," where a man seeks out the woman who cursed him with eternal life. From the very beginning of this story, you are immersed in the atmosphere of the marsh land location.
Other high points include the second story, "Doc Buzzard's Coffin," which had some darkly humorous moments. In the tale, a young girl's uncle gets revenge on…
Read more 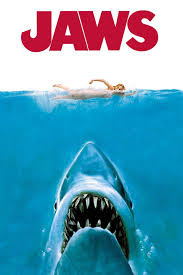 JawsDo I really need to tell you about this one? Jaws is the classic killer shark movie - the one that set the bar all other shark movies strive to reach. If you only ever watch one killer shark movie, watch this one.
BaitI feel like not a lot of people have seen this Australian feature, which is a shame because it's an awful lot of fun. During a hurricane, a group of people are trapped in a flooded supermarket along with a couple of ravenous great white sharks. This one features a strong cast including Julian McMahon (Charmed, Monster Party) and Sharni Vinson (You're Next, Patrick).
Shark NightOkay, I'll be the first to admit that this is one very silly movie. I was lucky enough to see it in cinemas, and the fun of seeing the sharks on the big screen made up for a lot of the movie's flaws. But if you're looking for some brainless fun, I still recommend giving this one ago. No, it's no Jaws, or Bait for that matter, but it's entertaining and has a good cast, …
Read more